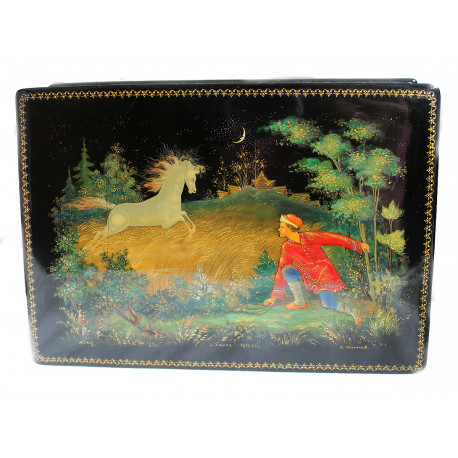 Tale of a Hump-backed Horse

Konstantin has been studied in Palekh Art School 1939-1940,1946-1949. During 1940-1946 was a participant of World War II. Veteran of World War II, had number of Awards- Medals for the liberation of Yugoslaviya, City of Budapesht, City of Vienna, City of Kiev, for the victory over the Germany, order of the Patriotic war, and THREE times (Three medals) Medal of Honor!

Several times during his work activity was a chief of group of the artists, who has worked under the restoration of the buildings, theatre decorations, book illustrations...
Participant of numerous Exhibitions since 1951 till 2004. Memeber of the Union of the Artists since 1960. Was a teacher in Palekh Art School (1976-1978). Works are kept in several Museums in Russia.